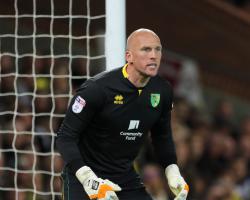 Sporting Director Stuart Webber told the club's official site: "We'd like to place on record our sincere thanks to all of the players who are moving on for their contribution to the club and wish them all the very best in the next chapter in their careers."

Ruddy joined City from Everton in 2010 and he earned an England cap against Italy in 2012 and made 242 appearances for the Canaries.

Bassong joined from Tottenham in 2012 but had been pushed to the sidelines this season while Bennett, who moved from Peterborough in 2012, has played 119 times for Norwich

Meanwhile, Norwich have extended the contracts of left-back Harry Toffolo and goalkeeper Declan Rudd for a further year