Norwich and Sunderland charged by FA 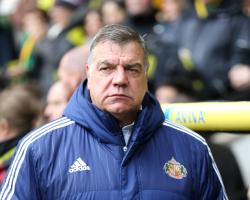 Players and coaching staff from both teams were involved in a heated clash during the first half of Sunderland's 3-0 victory between the two relegation rivals.

A touchline shoving match was sparked by Norwich midfielder Robbie Brady's challenge on DeAndre Yedlin, which saw the Sunderland player fall into an advertising hoarding in front of the Black Cats bench.

An FA statement read: "It is alleged that in or around the fourth minute of the fixture, both clubs failed to ensure their players and/or officials conducted themselves in an orderly fashion.

"Norwich and Sunderland have until 6pm on 21 April 2016 to respond to the charge."