They're bottom of the league at the moment, but Norwich City's final roll of the dice to give them the best chance to avoid the drop this year came in January's transfer window.

Norwich play the game the right way, and while they perhaps don't have the points to show for it so far they've managed to secure a number of signings at the start of 2020, giving fans that glimmer of hope that a turnaround could be on the cards.

Here is a breakdown of Norwich's encouraging transfer business in January. The experienced winger signed from Hoffenheim for just £450k, and has not enjoyed the best spell of his career. He has started two games for the Canaries since joining, but is still yet to record a goal or assist.

The 29-year-old only featured once for his old side last season, and played 24 minutes in the Bundesliga. Suffering from a cruciate ligament rupture, the German has struggled to bounce back, making just seven appearances for Hoffenheim - but a fresh start at a struggling Premier League side could be the break he needs. ​Duda, unlike Rupp, played regular first team football in the Bundesliga last season. This term, however, he has failed to make an impact, with a move to the Premier League in the best interests for all parties. A loan deal, given his quality, will benefit Norwich in the short term and Duda himself - who will want to break back into Hertha Berlin's side.

The 25-year-old has started each of his first three games, but has failed to register a goal contribution, much like his new teammate Rupp. However, his style of play fits that of Farke, and Norwich have seen an increase in positive results since his inclusion in the first team. A sign of better things to come, perhaps. There is not much to say about the promising left-back, other that he will be one-for-the-future in Farke's side. With Jamal Lewis performing well in that position, there is not much that McCallum can do. The 19-year-old has been loaned back to Coventry for the rest of the season, which further cements that Farke does not intend of utilising the young prodigy in the short term.

He has scored twice in League One this season, as well as a goal in the FA Cup. Leaving Coventry at such an important stage of his career could ruin his momentum, so all parties will benefit from the left-back staying in the Midlands. 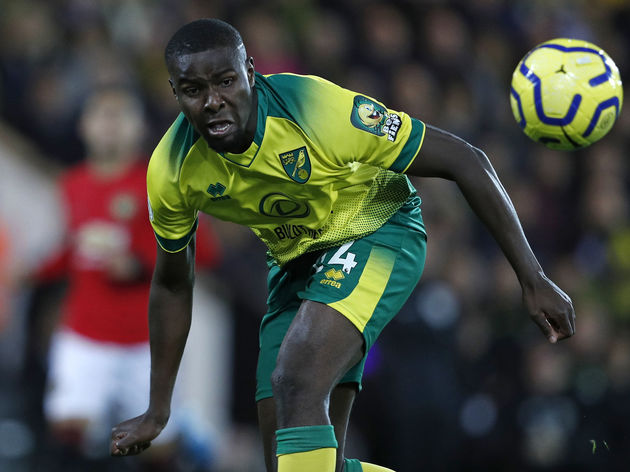 Transferred to: Sevilla (End of Loan)

The midfielder initially joined the Canaries on loan in the summer, and featured on a fairly regular basis. However, he departed East Anglia to return to his parent club Sevilla​ at the end of the transfer window, as he requested to move back to Spain.

He made 11 appearances for Norwich and failed to gain a good run of form going, despite regularly featuring in the match day squad. However, just eight starts and no goal contributions saw the midfielder head back to Sevilla. Did anyone realise that the 22-year-old played for Norwich this season? Well, he did, for 23 minutes. A disaster of a loan deal saw the agreement terminated​ between the Canaries and Manchester City. After failing to feature since October, the winger decided that it was time to cut his losses and move on.

He now plays at Middlesbrough, where he has made one assist in three appearances. The Premier League may have been a step too far for the young prodigy, with a move to the Championship proving beneficial already. Srbeny has watched on from the sidelines for some time, but has finally had enough. After playing 39 minutes across eight appearances in the Premier League, the striker has fallen down the pecking order.

Leaving for Paderborn, the 25-year-old has one Premier League goal to his name but failed to make his mark on English football. However, he already has one goal and one assist in the Bundesliga in three appearances, showing that although he has the ability, he simply could not make it work in East Anglia.