​Norwich City have confirmed the signing of highly-rated Coventry City defender Sam McCallum on a long-term deal running until 2024.

McCallum had attracted interest from across the country with some fine displays for the Sky Blues, including current Premier League leaders Liverpool.

We are delighted to confirm the signing of @Coventry_City defender Sam McCallum!

Sam will spend the rest of the campaign on loan at Coventry, before becoming part of Daniel Farke's squad for next season.

With the Reds having held talks with the 19-year-old left-back earlier this window, those discussions broke down due to Jurgen Klopp's side being unwilling to match Coventry's £3m asking price. As reported by ​90min on Thursday, that allowed the ​Canaries to swoop in and bring the youngster to the club, doing so on a four-and-a-half year deal for an undisclosed fee, although that figure is likely to be what Coventry demanded.

The youngster has been loaned back to the Midlands club for the remainder of the League One campaign.

Speaking on the club's ​official website, McCallum said: “The last 24 hours have been hectic to say the least but quite overwhelming as well. Everyone has welcomed me with open arms, so it’s been good as well.

“I’m quite an athletic player. I play left-back but I can play wing-back as well, so I like to get up and down the wings.

“The style of play attracted me to coming here. I like it a lot. Now I’ve met the people here, they’re very nice as well. Those are the main things. 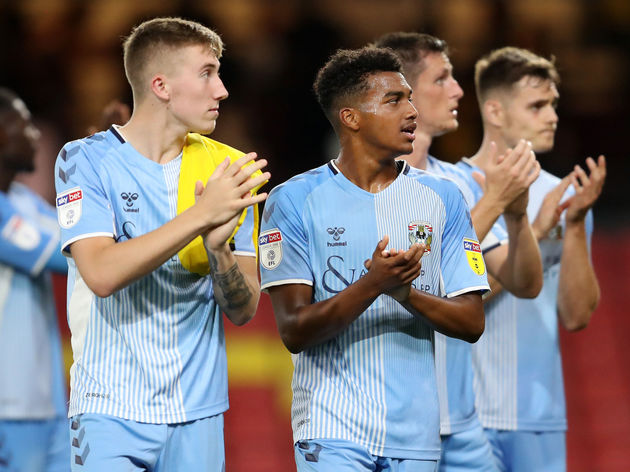 Head coach Daniel Farke was equally pleased with the addition, saying: “Sam is a very interesting talent and we’re delighted that he sees his long-term future with us.

“We’re all excited by his potential. He’s a young, homegrown player who we hope can continue to develop and improve. We will allow him to work with all of the right tools in our environment and look forward to seeing how far he can progress.”