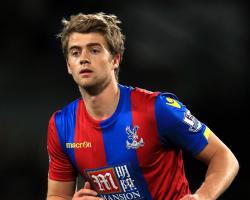 The 22-year-old spent the first half of the season on loan at Crystal Palace but it ended in controversy when he said his spell there had been "terrible", a comment he later retracted with an apology.

Bamford returned to Chelsea at the end of December and the England Under-21 international now moves to Norwich, with the Canaries' official Twitter account saying on Saturday night: "DONE DEAL - City sign @ChelseaFC striker @Patrick_Bamford on loan until end of the season."

Grantham-born Bamford has yet to make a first-team appearance for Chelsea but he has played over 100 games on loan at MK Dons, Derby, Middlesbrough and Palace.

Last season he was named as the Sky Bet Championship's Player of the Year after scoring 17 times in 38 league matches at Middlesbrough.

Speaking to canaries.co.uk about his latest loan move, Bamford said: "I'm really happy to be here, and the sooner I'm able to get involved the better.

"That's what I want to do personally, but it's also about helping Norwich to get the points required to stay in the league."

"Patrick is a player who excelled last season and we are pleased to have the opportunity to bring him in," Neill said.

"He's a young forward determined to make his way in the game, and adds competition for us at the top end of the pitch."