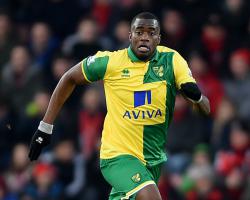 The Cameroon defender has suffered a remarkable six demotions in the past decade, and four from England's top flight since 2009.

Here, Press Association Sport picks a not-so-dream team of players who also have an unwanted record when it comes to relegation.

A move to QPR did not improve his fortune with further heartbreak suffered at the Hoops in 2013 and 2015.

Another four-time victim, Edworthy set the wheels in motion in 1998 when Crystal Palace finished bottom of the Premier League, with demotions at Ipswich in 2002 and Leicester in 2004 following

Derby's dreadful demise in 2008 - 11 points in the season remains the lowest in Premier League history - capped his tally.

Versatile defender Ben Haim was also on Pompey's books in 2010, and it began a slippery slope for the Israel international

The very next season he spent time at West Ham, who went down, then re-signed for Portsmouth who, you guessed it, flopped back into the second tier

Four relegations in a row for Ben Haim was 'achieved' at QPR in 2013.

Former Scotland international Quashie began his professional career with relegation at QPR in 1996, so it will come as little surprise that he became a specialist

Not satisfied, Palmer was player-manager as Stockport fell into the third tier in 2002.

Redfearn dropped from the top flight in successive seasons with Barnsley and Charlton before the turn of the century, from the third tier with Bolton in 1983 and Lincoln in 1986, and then from the fourth tier with Halifax in 2002.

As already mentioned, no one has suffered more relegations from the Premier League than Blake

Blackburn also fell to the second tier with Blake up front while Wolves topped off his relegation hit list in 2004.

If you found yourself with Bent and Hreidarsson in your team, you almost always went down

Bent did go it alone with Leicester in 2004, though.