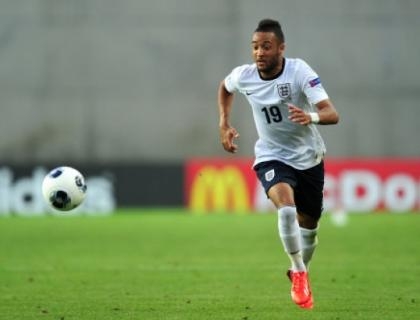 Dyer blow for Swans at Norwich

Gary Hooper scored a superb 25-yard effort to earn Norwich a 1-1 draw against Swansea at Carrow Road, where Nathan Dyer looked to have suffered a serious ankle injury after earlier putting the visitors in front.


Former Celtic striker Hooper, who scored in the win at West Brom last weekend, lashed home after collecting a knockdown on his chest in first-half stoppage time.


Dyer had capitalised on some poor defending from Norwich captain Sebastien Bassong to put the Welsh side ahead early on.


However, the midfielder was taken from the pitch on a stretcher before half-time after falling on his ankle in a challenge with the Canaries defender, with the club reporting a suspected fracture which could sideline him for some time.


Norwich saw a second-half header from Michael Turner hit the crossbar and then deflect over, before Swansea goalkeeper Michael Vorm saved well at point-blank range from Hooper, but neither side could fashion a winning goal.


Swansea, though, also looked dangerous with Pablo Hernandez's low shot only a few inches off target after a smart turn on the edge of the Norwich penalty area.


The visitors went ahead in the 12th minute.


Norwich captain Bassong, who signed a new contract in midweek, was left trailing in pursuit of a high ball from Ashley Williams by Dyer.


As the ball bounced at the edge of the penalty area, Dyer promptly lifted it over the advancing Norwich goalkeeper and into an empty net.


The home fans were soon groaning again when referee Michael Oliver failed to award a penalty after a header down from Leroy Fer hit Angel Rangel on the hand as the defender jumped at the far post.


Swansea, with eight changes, were showing few signs of fatigue following their midweek Europa League tie, which saw the squad fly straight to Norfolk from Switzerland to try to minimise further travel disruption.


Winger Nathan Redmond remained Norwich's best outlet down the right, but lacked anyone arriving in the Swansea box to get on the end of his positive runs.


When Hooper did get in behind Williams and through on goal, after drawing Vorm off his line before cutting back out, he could only blast a shot high and wide of the top right corner.


As half-time approached there was a lengthy stoppage after Dyer and Bassong collided on the halfway line, with the Swansea midfielder appearing to fall heavily on his ankle. He was eventually taken off on a stretcher to hospital with a suspected fractured ankle. Alejandro Pozuelo came on.


Norwich saw a scrambled six-yard effort from Fer glanced over the crossbar by Williams, but before the break the home side drew level with a goal of the highest quality.


There looked little danger when a long ball upfield was knocked down by Johan Elmander into the path of Hooper.


However, some 25 yards out, the one-time Scunthorpe frontman took one touch on his chest before leathering a superb shot back up over Vorm and into the roof of the net.


Norwich started the second half in more positive fashion as Bassong headed wide from a corner.


Swansea remained patient and looked to pick out openings when the hosts were sloppy in possession.


After an hour's play Vorm was booked for time-wasting, having tested the referee's patience once too often.


Norwich almost took the lead in the 69th minute when a corner was headed goalwards by Turner, with the ball dropping off the underside of the crossbar onto the back of Jordi Amat's head and then somehow over.


With 16 minutes left, Michu was replaced by Wilfried Bony.


Vorm's attempted punch clear spun out for a corner, and the Swansea keeper then redeemed himself with a fine reaction save to deny Hooper from the resulting corner.