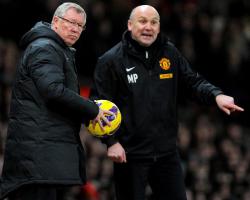 Norwich 1-2 Reading: Match Report - view commentary, squad, and statistics of the game as it happened.Cooper adds to Norwich miseryYoung defender Jake Cooper was the Reading hero as they emerged from a poor run of away form with an excellent 2-1 win at misfiring Norwich.The 19-year-old opened his account for the Royals with two first-half headers to earn the points from the Sky Bet Championship tussle after Gary Hooper had fired the hosts into an early lead.It was Reading's first win in seven away matches - while Norwich have now only won once in 10 games and the team managed by Neil Adams were loudly booed off by frustrated fans at the final whistle.Hooper was quick to make an impression on his first league start since April, testing Reading goalkeeper Adam Federici with a low skidding shot after just six minutes.Four minutes later the same player gave Norwich lead - although his effort was initially ruled out for offside.Hooper had got on the end of a Cameron Jerome flick following an excellent low cross from Nathan Redmond to guide the ball home, and after a period of confusion the goal was eventually given.Referee David Webb consulted with his assistant and came to the correct conclusion that a defender had been playing Hooper onside.It was a much-needed break for an out-of-form side - but Norwich were only ahead for four minutes as poor defending again cost them dearly

Oliver Norwood's deep corner should really have been dealt with but Cooper got there first to head home his first Reading goal.The equaliser certainly knocked the Canaries out of their stride, although they nearly restored their lead after 25 minutes when Federici got his fingertips to a powerful shot from Kyle Lafferty to deflect it against the crossbar.Norwich continued to have most of the ball but did little with it and were made to pay on the stroke of half-time when the Royals took the lead.Again City were undone by a corner - and again Cooper was on the end of it, nodding home Jordan Obita's flag-kick after goalkeeper John Ruddy had missed the ball completely.It was a similar story of Reading sitting deep and Norwich pressing forward after the interval, but it was not until the 58th minute that Federici was tested again as he gathered a close-range effort from Hooper.At the other end Ruddy nearly fumbled a long-range effort from Norwood over the line, but it was the home side who were dominating possession and they had loud appeals for a penalty turned down 11 minutes from time when Michael Hector appeared to handle in the area.There was one last chance for Norwich deep into injury time, but substitute Josh Murphy blasted wastefully over when well placed